After looking at both Cassandra and HBase, there is a natural tendency to wonder which one is better. This is not an easy decision to make. If you are highly-experienced with databases and database server administration then your priorities and preferences could be very different from someone who is just starting out on their first large-scale NoSQL setup. So rather ... END_OF_DOCUMENT_TOKEN_TO_BE_REPLACED 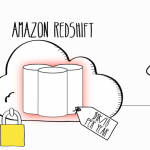 Overview Amazon Redshift is technically a relational database management system and supports many of the features of a typical RDBMS.   However, it is geared for the high performance analysis needs found in traditional OLAP reporting systems without the need for cubes and pre-processing.  Due to its scalable architecture and columnar storage design along with the support of the other AWS ... END_OF_DOCUMENT_TOKEN_TO_BE_REPLACED

In looking at the features of Cassandra, it seems clear that many of them are aimed at particularly large enterprises, while others would also be useful for smaller applications. There are no clear-cut rules when you are selecting database software, but the following points offer a little guidance as to when you could be thinking about using Cassandra. 1. You ... END_OF_DOCUMENT_TOKEN_TO_BE_REPLACED

Redis vs Riak vs Memcached vs DynamoDB – A NoSQL Comparison

When four key value data stores each claim well-known enterprises and organizations as users, it’s probably because they each have something to offer – and something different in each case. Choosing between them will depend on individual requirements or constraints. The starting points are these: Redis is in-memory with configurable trade-off between persistency and performance Riak is a distributed, fault-tolerant ... END_OF_DOCUMENT_TOKEN_TO_BE_REPLACED

MongoDB vs CouchDB vs RavenDB – A NoSQL Comparison

When should you choose MongoDb, CouchDB or RavenDB? Ideally, these three NoSQL document stores could be clearly positioned so that any user need would fall neatly into one of the three domains. But hey, this is real life. MongoDB, CouchDB and RavenDB have their strengths and weaknesses, but they also overlap in some situations. One reason for this is the ... END_OF_DOCUMENT_TOKEN_TO_BE_REPLACED

Intro to DynamoDB – A Key-Value Store

Amazon offers its DynamoDB NoSQL database as a managed service, part of its Amazon Web Services portfolio. This immediately distinguishes it from many other key value data stores that are installed either on a user’s own servers or separate hosted servers. DynamoDB is positioned as providing guaranteed throughput and low latency independently of the volumes of data handled. The company ... END_OF_DOCUMENT_TOKEN_TO_BE_REPLACED

How Big a Difference Will This Make? Long promised and now finally part of Redis functionality, clustering had to wait in line. There were two reasons for it coming out later than other functionality. First, user demand for other stable characteristics such as persistence, replication, latency and introspection (determining the structure of a database at run time) were even stronger ... END_OF_DOCUMENT_TOKEN_TO_BE_REPLACED 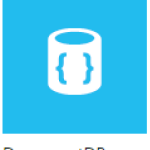 It was only a matter of time. With the wave of enthusiasm for NoSQL databases and document store databases in particular, big hitters in the software industry had to come out with their own offering. Microsoft was no exception. However, the way that the vendor has approached the NoSQL market differentiates its solution – Azure DocumentDB or ADB for short ... END_OF_DOCUMENT_TOKEN_TO_BE_REPLACED

Fast, flexible and distributed – such are the promises of many NoSQL databases that make intelligent tradeoffs between consistency, availability and partitioning to boldly go where SQL databases cannot. However, there’s a counter-effect; or rather an SQL-mindset concerning data patterns and caching that often needs to be explicitly avoided. Otherwise those great NoSQL advantages may shrivel and die. Consequently, a ... END_OF_DOCUMENT_TOKEN_TO_BE_REPLACED 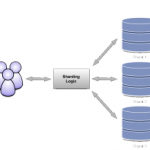 All kinds of servers – database servers, web servers, even servers for online games – have a limit on how many simultaneous connections they can accept and how much data they can process. When a server reaches the limit of its capacity, it will appear to slow down or become unresponsive to any applications that are using it. In extreme ... END_OF_DOCUMENT_TOKEN_TO_BE_REPLACED

Hi ! My name is James Bryden

I’m a Sr. Technical Architect for a large private eCommerce company. I've been programming for close to 20 years and spent most of it relying on traditional relational databases. We recently transitioned from a large SQL shop to NoSQL and I plan to share all of the good and bad along the way. Read more...